That’s right, my biggest sale of the year is here and gets you 30% off new artwork to transform the spaces you care about most. Had your eye on something? Get it at the best possible price today. 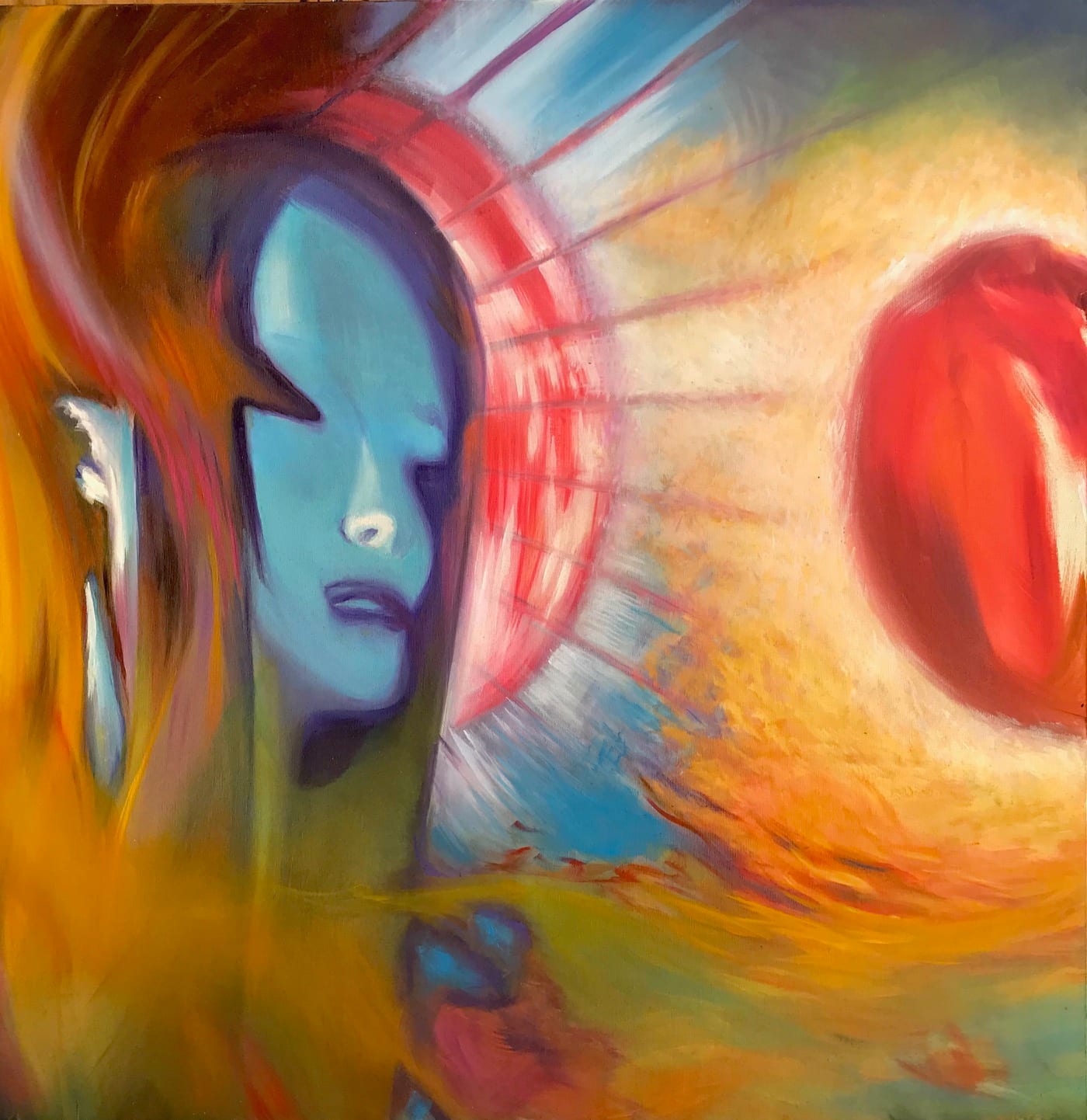 Over the past 40 + years I have been creating, making and selling my artwork. Immediately after graduating from the Rochester Institute of Technology from their Painting and Illustration program I moved to New York City. There I began to build a career of exhibiting artwork, working as a freelance artist and museum installation technician. In 1990 I was invited to have my first solo exhibition at the Ward Lawrence Gallery in Manhattan’s lower east side. It was a starting point that evolved into a number of exhibits throughout New York, the Mid-Atlantic, New England and Canada. In 1992 I moved to Vermont where I currently reside. From 1994-1998 I attended Northern University at Johnson, Vermont and attained my Masters Degree in Fine Art. I have renovated a dilapidated barn into an art-space, gallery and studio where I host art related events and gatherings. It is a gallery of my work, an exhibition space for guest artists and it contains an ever-evolving, interactive, installation sculpture. I have been, over the course of the years, an art instructor in the public school system and the primary contributing illustrator for an Arts and Literature magazine called “The Albany Review”. In 2008 I became represented by a Scottsdale, Arizona based gallery called the Rive Gauche Gallery. I have shown my work in a number of juried exhibitions, solo and group shows where I have enjoyed accolades for my contributions to them. Additionally, I have been a freelance graphic designer for the Washington Post and, in 1999, was invited to Morocco for a sixth month Artist-In-Residency. I am an eighth degree black belt in Shaolin Kempo Karate having started in 1993. This has had myriad influences on my life and artwork. I am am active Fire-Performer specializing in Fire Poi, Fire staff and Fire-Rope dart. Today I enjoy incorporating all of these pieces of my life-experience here at my studio-barn in Central Vermont.

My art business has been designated as a "Trusted Art Seller" with The Art Storefronts Organization, which means you can shop with confidence, and know that I stand behind the quality and value of my products.

It is my ultimate hope to inspire people  In a world of increasing exposure to information, both useful and not, I try to escape the mental barrage by creating moments of reflectivity and serenity. By isolating tiny facets of nature and the human experience my work encourages the viewer to meditate on the unnoticed.

I use a variety of techniques.

The presence of this badge signifies that this business has officially registered with the Art Storefronts Organization and has an established track record of selling art.

It also means that buyers can trust that they are buying from a legitimate business. Art sellers that conduct fraudulent activity or that receive numerous complaints from buyers will have this badge revoked. If you would like to file a complaint about this seller, please do so here.

This website provides a secure checkout with SSL encryption.

Your cart is currently empty.

This is only visible to you because you are logged in and are authorized to manage this website. This message is not visible to other website visitors.

Below, select which favorite lists you would like to save this product into.

This means you can use the camera on your phone or tablet and superimpose any piece of art onto a wall inside of your home or business.

To use this feature, Just look for the "Live Preview AR" button when viewing any piece of art on this website!

Enter your email below and we'll email you a 20% OFF Coupon right now!

This offer is valid for NEW CUSTOMERS only!